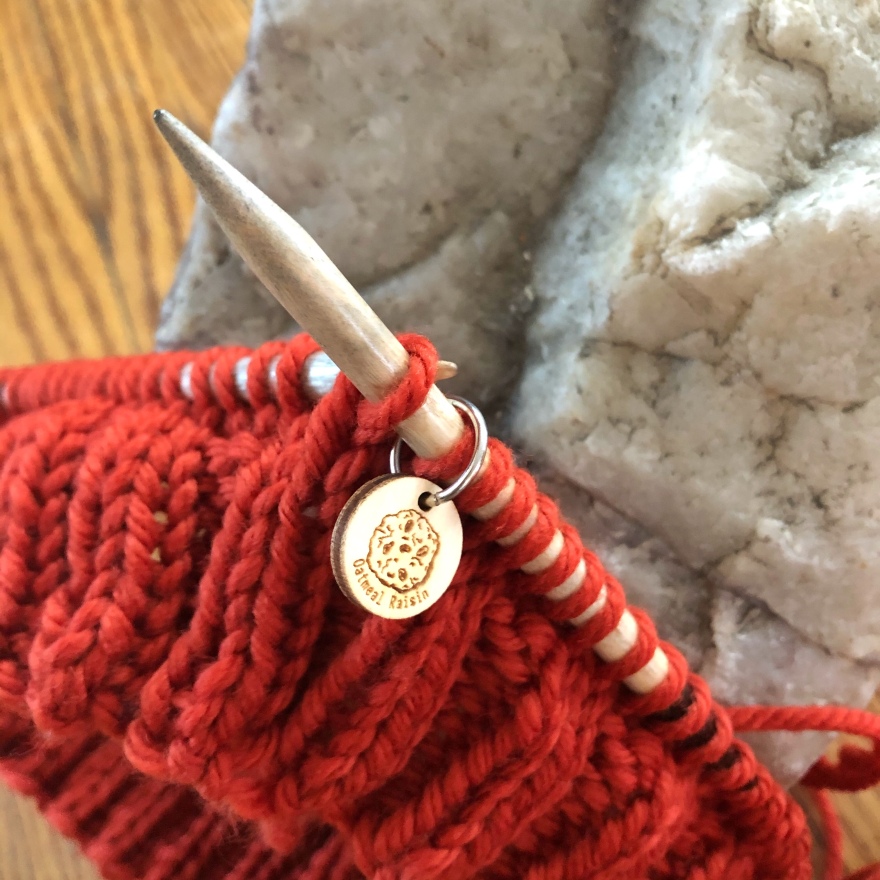 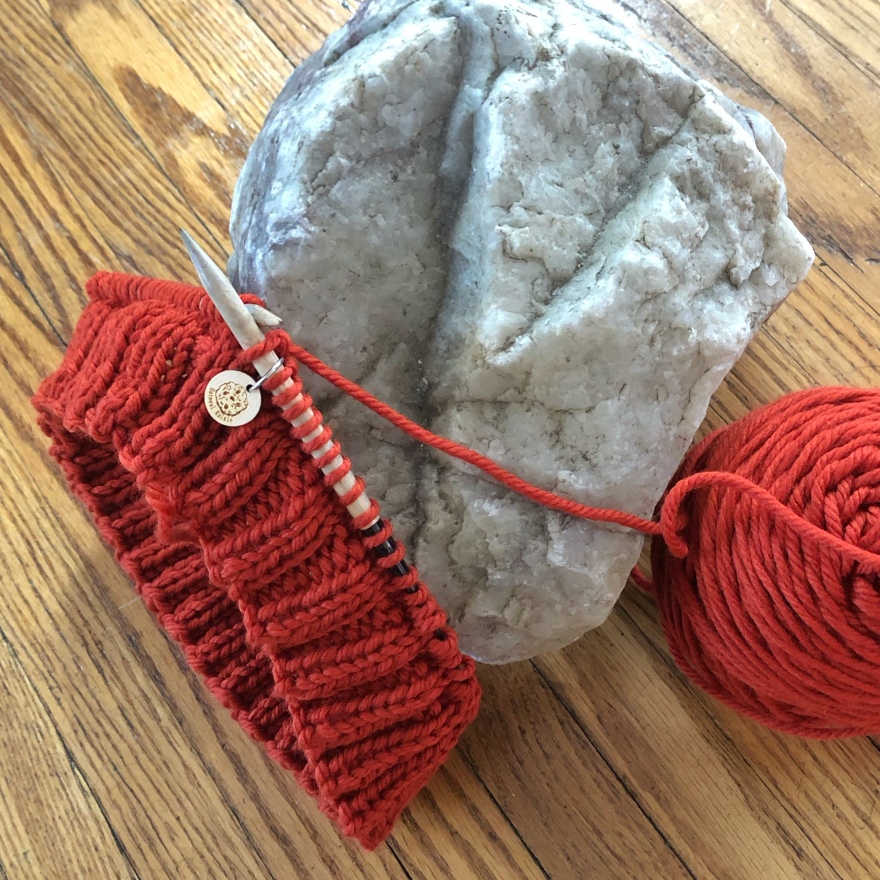 I don’t know about you, friends, but I feel stretched to my limits. I am no longer capable of further complexity in my life. I made a silly mistake on my Farmhouse Cardigan and had to rip it out. I began some Wide Legged Pants only to be confounded by taping the pattern pieces together. It is important during these troubled times to recognize your limits, be gentle with yourself, and reach for what comforts you.

I decided patterns are a no go right now (although I wouldn’t turn down an oatmeal raisin cookie) and cast on a simple cowl. This is Knitpicks Swish Bulky in Saffron from my stash. It was a FibreShare gift. Sweet simple hygge bliss. I will make a hat to match! (And call him George and hug him and pet him…)

Why do we have a large hunk of quartz in our house? I think it was here when we moved in. Maybe it was meant to be a doorstop? It has migrated to the living room.

If you’ve watched a lot of Time Team, as I have, you will remember they find early medieval church altars made from quartz. Was this because it was believed to hold special properties? Was it because it was readily available and shiny? Did it raise the spiritual energy of the congregation? Do you believe quartz holds special metaphysical properties? I think I do believe it, as do many people of different cultural backgrounds. So what is the significance of this chunk of quartz in our house? Is it clearing out bad vibes? 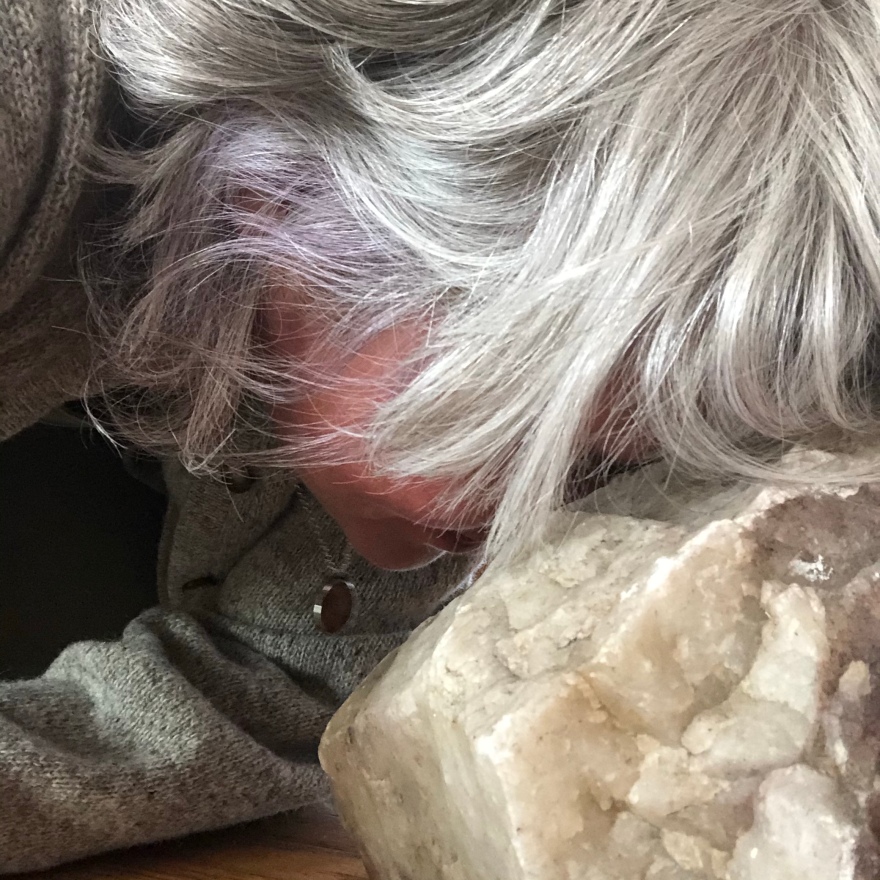 Ooommmmm. I know you probably can’t tell what I’m doing, but it’s a face plant on quartz. There are definitely some weird things afoot at my house, and not just yours truly needing a mental clearing. 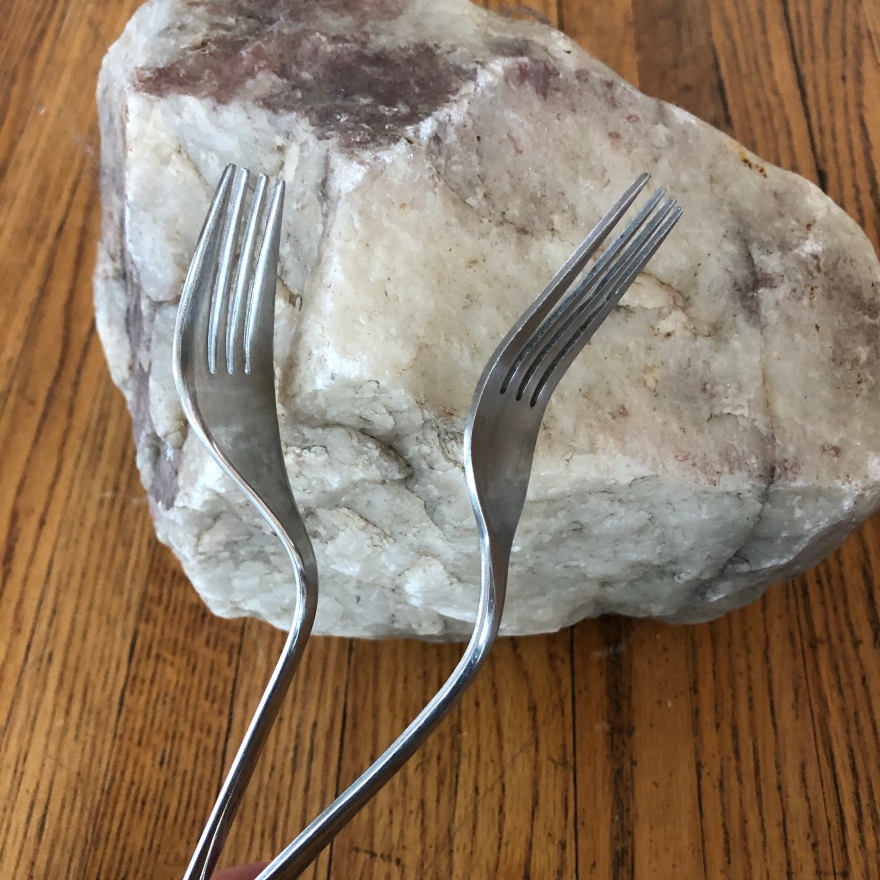 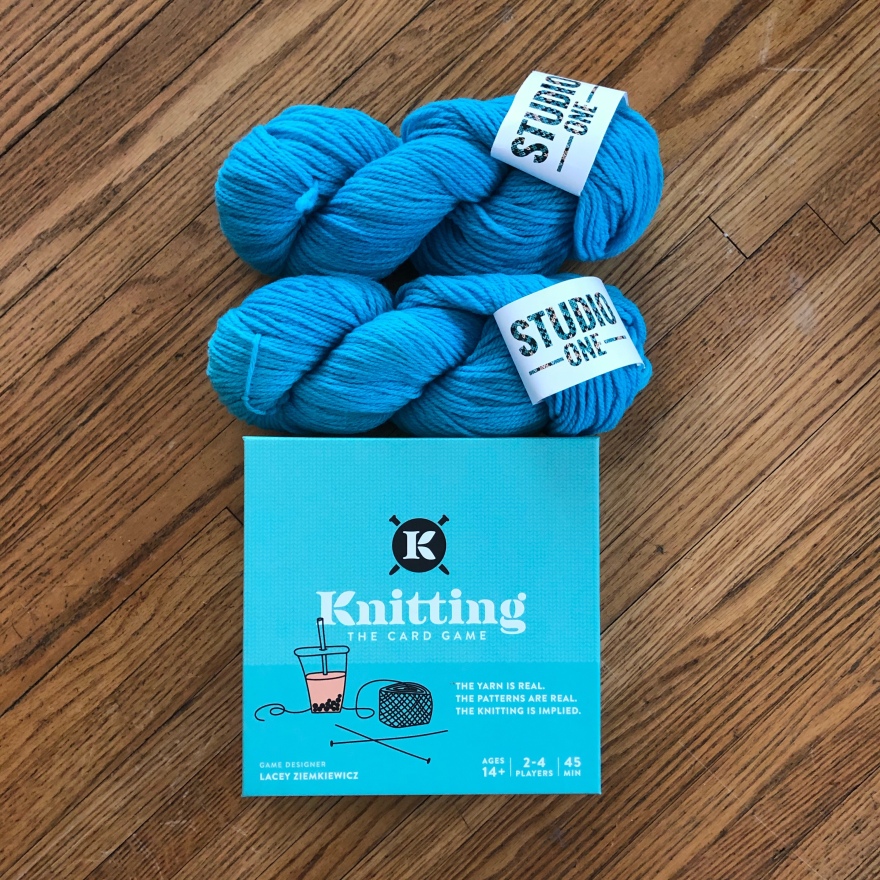 I stopped by my LYS to show my support in these times of economic uncertainty. (It had nothing to do with me needing yarn therapy I assure you.) I did my patriotic duty and picked up the knitting game I’ve wanted since Christmas, plus yarn to match for good measure. It’s such a happy blue. Maybe another simple cowl and hat is in my future. At least there is some certainty to be found in knitting.